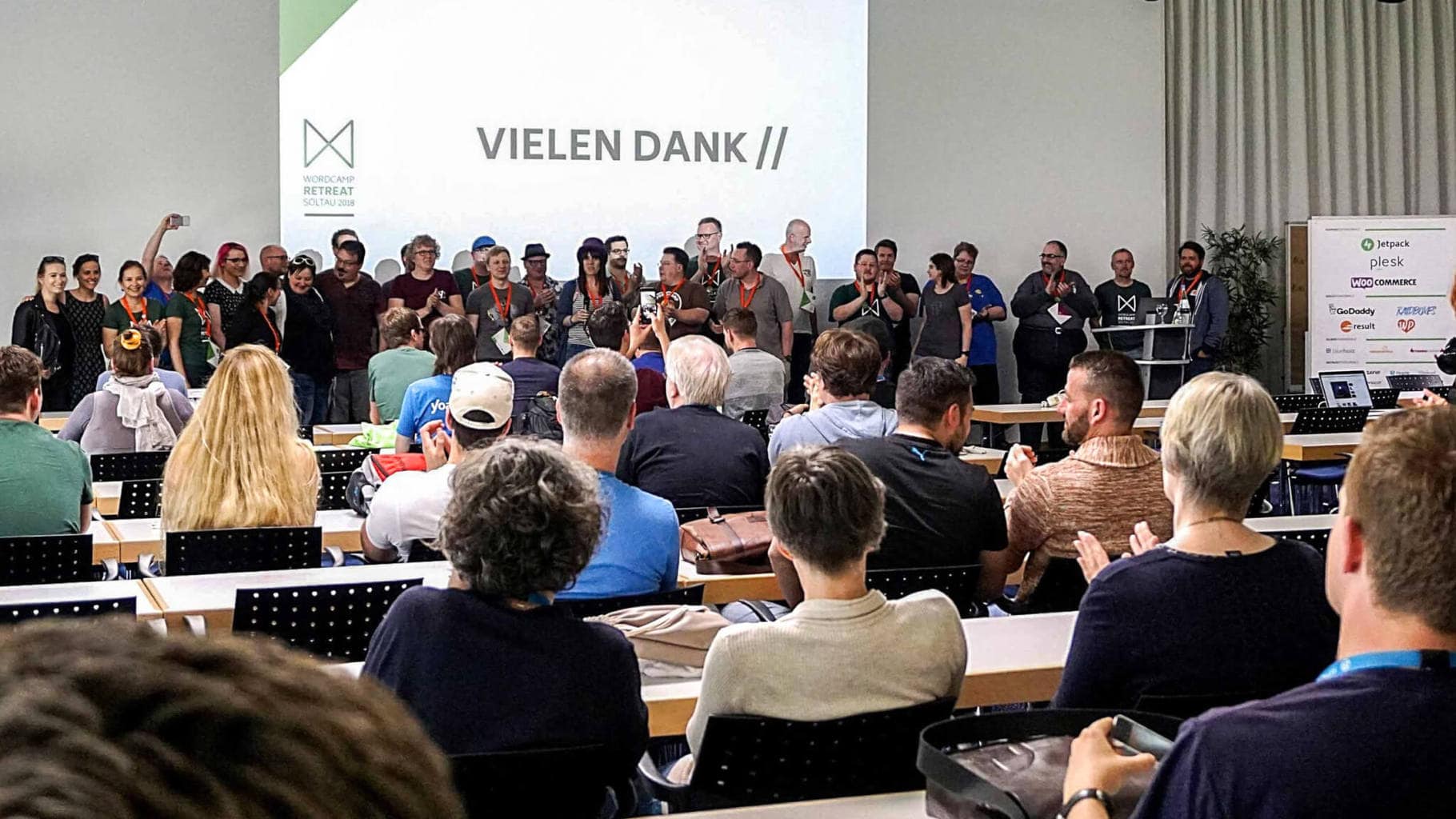 WordCamps 2019 in Germany and Europe - Why you should be there!

Every year, numerous WordCamps take place around the world, where WordPress enthusiasts meet, discuss new developments in the WordPress ecosystem, share their experiences and tips, and network. Today, we'll explain what to expect at a WordCamp and which WordCamps 2019 are taking place near you.

Are you no stranger to Contributor Day, BarCamp, Session Pitch, WordCamp Retreat, Community Ticket and Swag Bag? Then you're probably an old WordCamp hand and already have a sizable collection of WordCamp t-shirts hanging in your closet. The best thing to do is jump straight to the overview of upcoming WordCamps in 2019 in the article to plan your WordCamp stays for this year.

If you don't immediately know what's meant by the terms above, you've come to the right place. Because today I want to explain what makes WordCamps so special and why it makes sense for you to attend.

What is a WordCamp?

A WordCamp is a local conference where there are talks and sometimes workshops, discussions and Q&As on various topics related to the content management system WordPress system. Usually, a WordCamp lasts one to two days and is planned and executed by a volunteer organizing team.

The goal of WordCamps is to strengthen the local WordPress community and to promote the exchange of WordPress users from the region. The nice thing is that this networking not only works locally, but also nationwide. Whoever you see at one WordCamp, you will most likely meet again at the next German camp. For this reason, the general atmosphere at WordCamps is often like a big class reunion.

A WordCamp is a great event for anyone interested in WordPress - no matter if you are a professional or a beginner - where you never go home without new knowledge and interesting conversations. The lectures are usually selected to cover different topics and levels of difficulty. The topic focus at WordPress is also very broad. So in addition to WordPress -specific topics, talks on online marketing, design, SEO, GDPR or mental health are not uncommon. At some WordCamps you as a participant can even co-determine the lectures - keyword "BarCamp" - but more about that in a moment.

If you are a WordCamp newbie and have concerns about the reunion atmosphere described above, I can reassure you: I don't know of any community that integrates new faces into the community as naturally and openly as the WordPress community. This unrestricted inclusivity is also reflected in the Code of Conduct of every WordCamp.

In short: The general interest in WordPress as a content management system alone is reason enough to visit a WordCamp, even if you are not (yet) a WordPress user. There are plenty of opportunities to meet nice people between sessions, and there's no shortage of fun – guaranteed!

What is a BarCamp?

Some WordCamps are held in the so-called BarCamp format. First of all, this means that no speakers or presentations are determined in advance of the event. Instead, the so-called "Session Pitch" takes place in the morning of the respective event day. Here you, as a WordCamp participant, can briefly introduce your topic if you would like to offer a session. If several participants are interested in your topic (indicated by raising their hands), it will be included in the daily schedule.

At a BarCamp, it is not important that WordPress experts pray down their perfectly prepared presentation slides. Rather, any participant who brings expertise in a particular area or wishes to share their experience can contribute to a versatile session plan - be it in the form of a lecture, a workshop or an informal question and answer session.

As a result of this spontaneous session planning, WordCamp Cologne 2018 saw, for example, the discussion panel "Working in Germany as a Foreigner"in which four WordCamp participants from South America and the Netherlands chatted about the hurdles, peculiarities and advantages of being an expat in Germany.

For the WordCamp organizers, BarCamps naturally entail a certain risk, since it is not clear in advance whether enough volunteer speakers will come forward. After all, the presentations are an important core element of a WordCamp. Personally, I have only had positive experiences with BarCamps so far. Sometimes it is even good if it seems that there are not enough speakers at first. Because then usually participants who lacked the last spark of courage for a presentation come forward with exciting topics.

The next european WordCamp in BarCamp format is the WordCamp Osnabrück, which will take place from March 22 to 23, 2019. A special feature of the WCOS is that there will be several fixed workshops in parallel to the spontaneous BarCamp sessions. If you have an exciting topic up your sleeve that you would like to convey in a workshop, you can still submit your workshop idea until February 24. submit your workshop idea. Especially workshops that are more aimed at beginners are still being searched for.

What is a Contributor Day?

A WordCamp usually also includes a Contributor Day. This takes place either the day before or after the actual conference. At other WordCamps, the contributing runs parallel to the regular sessions. This was the case at the WordCamp Retreat Soltau and will also take place at the WordCamp Osnabrück will be the case. No matter in which form - if there is the opportunity to contribute, you should definitely take it.

At the Contributor Day you have the opportunity to get a taste of the work of the various WordPress teams and to actively contribute to the WordPress project. It's a great feeling to suddenly be a part of the many volunteer contributors who are driving the open source project forward. WordPress project.

Contributor Day is your chance to give back to the community and learn a lot in the process. There are many areas where you can contribute - even without programming skills.

How you can also contribute to the WordPress project outside of a WordCamp, I explain in my article "Contributing to WordPress : In 3 steps to become a WP-Contributor”.

Who can organize a WordCamp?

WordCamp Central says about organizing a local WordCamp: "No specific skills or backgrounds are required to become an organizer, though events tend to be most successful when responsibility is shared among several co-organizers". However, before you try to organize a WordCamp on your own, it's best to first join a WordPress -Meetup in your region and present your idea there. If there is not yet a WordPress group in your area, you can easily start your own WP Meetup yourself.

Below you'll find a list of WordCamps taking place in Germany and Europe in 2019 that have already been officially confirmed. At WordCamp Central you can also check out where WordCamps are taking place outside of Europe this year and which events are still in the planning stages.

The year is still young and there are certainly many WordCamps planned for the second half of the year that have not yet been announced on WordCamp Central. We'll definitely keep our eyes open!

Some WordCamps are already in the planning stage, but no official date has been confirmed yet. These include WordCamp Rotterdam in March and WordCamp Bilbao in May.

At Raidboxes , it is very important to us to support the WordPress community in the best possible way. For this reason, it is a matter of course for us to sponsor regional WordCamps, to release team members as speakers or volunteers, to organise internal Contributor Days and, last but not least, to participate in the organization of a WordCamp ourselves.

We hope to see many new faces at WordCamps in Germany in 2019, alongside the "old hands". Next you will meet us at the WordCamp Osnabrück and the WordCamp Europe in Berlin. Are you there? 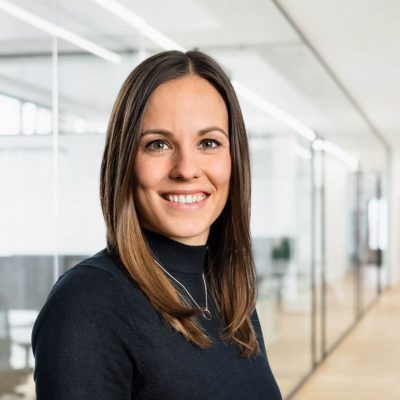