Keeping an Eye on Your Page Speed: The WordPress Performance Framework

Performance checks are time-consuming. Especially if you optimise not just one, but several pages at once. Therefore, it must be clear which optimization measures are worthwhile at all and what you are fighting against windmills with. And of course you have to keep an overview. Today I have a framework with which you can precisely record all your optimization measures and precisely determine which measures really benefit the loading time of your website.

Whether Webpagetest, Google Test My Site or Google PageSpeed Insights - In the meantime, a whole range of tools are available to you as a webmaster with which you can measure the loading time of your web pages in detail. In particular, the Google tools Test My Site (for mobile pages) and PageSpeed Insights(for mobile and desktop versions) give you tangible tips and instructions with which you can reduce the loading time of your web pages: Set up caching, reduce the size of images, minimise CSS files.

The same applies to monitoring tools that record the PageSpeed ratings and loading times of your pages at regular intervals.

So you set about implementing all the usual measures in painstaking detail and in the end you realise that your site now actually loads much faster. Very pleasing. But which measure was the most important in the end?

We know from experience: Not all optimization measures make sense

In more than 450 detailed performance analyses, we have made the experience that the really relevant problems are not always addressed. Result: For example, a lot of time and money is spent on setting up a CDN, even though this does not bring any performance advantage in the end (e.g. because the visitors come exclusively from Germany). Some interventions can therefore be saved and the time invested more sensibly.

For this very purpose, we have built a small framework internally with which we check the results of our own performance optimizations. With it, we can see exactly which optimization measures have led to which results. And we also use it to measure the influence of plugins and themes on page performance.

So today I'm going to show you:

The fact that the loading speed of a site is a ranking factor was already officially confirmed by Google in 2010 and is therefore actually old hat. The faster the site is, the better it will rank.

Sounds banal, but you have to internalise it.

Google itself recommends, for example, as an ideal value for the Time to First Byte (TTFB), i.e. the time until the server responds, is 200 milliseconds.

The correlation between the loading time of a website and the ranking on Google was also independently proven by Moz, one of the American big players in SEO, in 2013. In these two studies, the colleagues find a strong correlation between ranking and TTFB:

Interestingly, the Americans could not could not find a connection between the total loading time of site and the pagerank! So you see: not every optimization measure directly pays off in terms of search engine optimization.

The concrete WordPress performance is especially relevant for online businesses

The topic of page speed is also of enormous importance for online businesses outside of search engines. This is because WordPress performance influences conversion rates and user behaviour.

As early as 2006, Amazon determined through A/B tests that a 100 millisecond delay in loading can mean an average loss of 1 percent of sales. A whole second of delay adds up to 1.6 billion dollars in lost revenue per year for Amazon.

In a slimmed-down form, this principle thus applies to all shops: If the shopper has to wait too long for site , the probability of a purchase is reduced. The Google tool Test my Site already takes this into account in its input mask with the saying:

The following also applies to content: The slower the site, the less is read.

In 2016, the Financial Times tested how readers react to a delay of one to five seconds in loading time.

It showed that the slower site became, the fewer articles visitors read per visit. So both subscription and advertising revenues suffered from site being too slow.

The media company's conclusion: six months later, the website was completely overhauled, with a focus on page load time. The redesign of a website and its load time optimization alone have thus contributed to boosting the core publishing business.

The connection is also evident in the service business

And the loading times of their own website are also important for service providers. This is shown, for example, by the case of the Canadian software developer Intuit.From 2012 to 2013, the provider was able to improve the loading time of its site by more than nine seconds.

Let's summarise: For shops, publishers and service providers, the loading time of the website has a demonstrable influence on conversion rates. Not to mention its relevance as a ranking factor.

The reason for this is assumed to be the perception of the users. These postsshow impressive examples:

It is therefore important not to get involved in shadow boxing matches when optimising performance, but to really optimise where you can positively influence the perception of the page visitor.

Maintain an overview, identify adjusting screws: This is what our tool brings

So, after all the facts and figures, now something tangible. By the way, you can access the framework via one of the input masks in this article.

But what are the concrete benefits of the framework?

When optimising and analysing hundreds of WordPress sites , we noticed that the analysis tools GTmetrix and Webpagetest do create a test history, but that this quickly becomes very confusing if you regularly test several pages.

For example, we have found out that especially for slim pages, plugins that compress CSS and JavaScript do not always make sense. At least not if the site runs under SSL and uses HTTP/2. So you can save yourself the effort at this point or at least put the measures on the back burner.

Our framework is based on the Google spreadsheet tool. We ourselves use a semi-automated variant in which the tests are carried out automatically with Webpagtest.

Who can use the performance framework

Especially for SEOs, agencies, designers and consultants, it makes sense to have many pages in view at the same time. This is also where we see the greatest benefit: With the framework, you can test different measures directly against each other and systematically find out what brings advantages and what does not.

How to use the Raidboxes performance framework

The name is a bit bulky, but the use is quite simple:

As a starting point, you collect all the loading times of your site and record them in the table. You can use Webpagetest, GTmetrix or Pingdom Tools for this purpose. We recommend Webpagetest. The Google tool simply offers the best setting options for really good measurement.

Be sure to select the correct spreadsheet for the test you are using. No matter which tool you use, the following values are usually recorded: Time to First Byte, Start Render (time at which the visible page build-up begins) and the Load Time (how quickly the site loads in the perception of your users). Values such as the perceived loading time are calculated automatically by the tool.

It is also important to note the page URL and the date of measurement.

Now you carry out your optimization measure (e.g. compress your images), take another measurement with the same tool and enter the values in the corresponding fields. The framework now automatically calculates whether - and if so, by how much - the individual values have changed. Of course, it is important that no other changes have been made to site .

That's it. Nothing more needs to be observed. Although we have one more tip at this point:

It is important that you always carry out several measurement runs. Only in this way and by calculating average values can you arrive at reasonably reliable values. The colleagues from HootProof explain why in their big "WordPress optimization guide". In our article on the use of Webpagetest or our performance e-book, we also show how you can reliably produce good measured values with the Google tool.

Simple but powerful: With the framework, you not only keep an overview of your current optimization cases, but also of the performance of your ongoing WordPress projects. This makes sense especially if you manage many sites at the same time and want to better understand your optimization process.

If you have further questions about the Performance Framework, just leave a comment or send me an email directly . 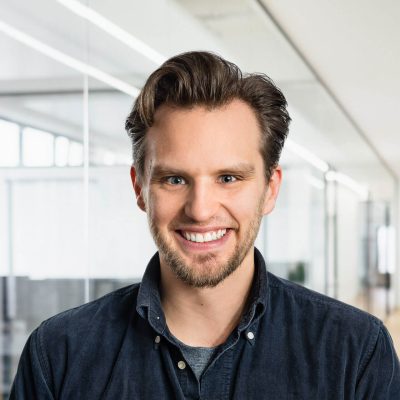