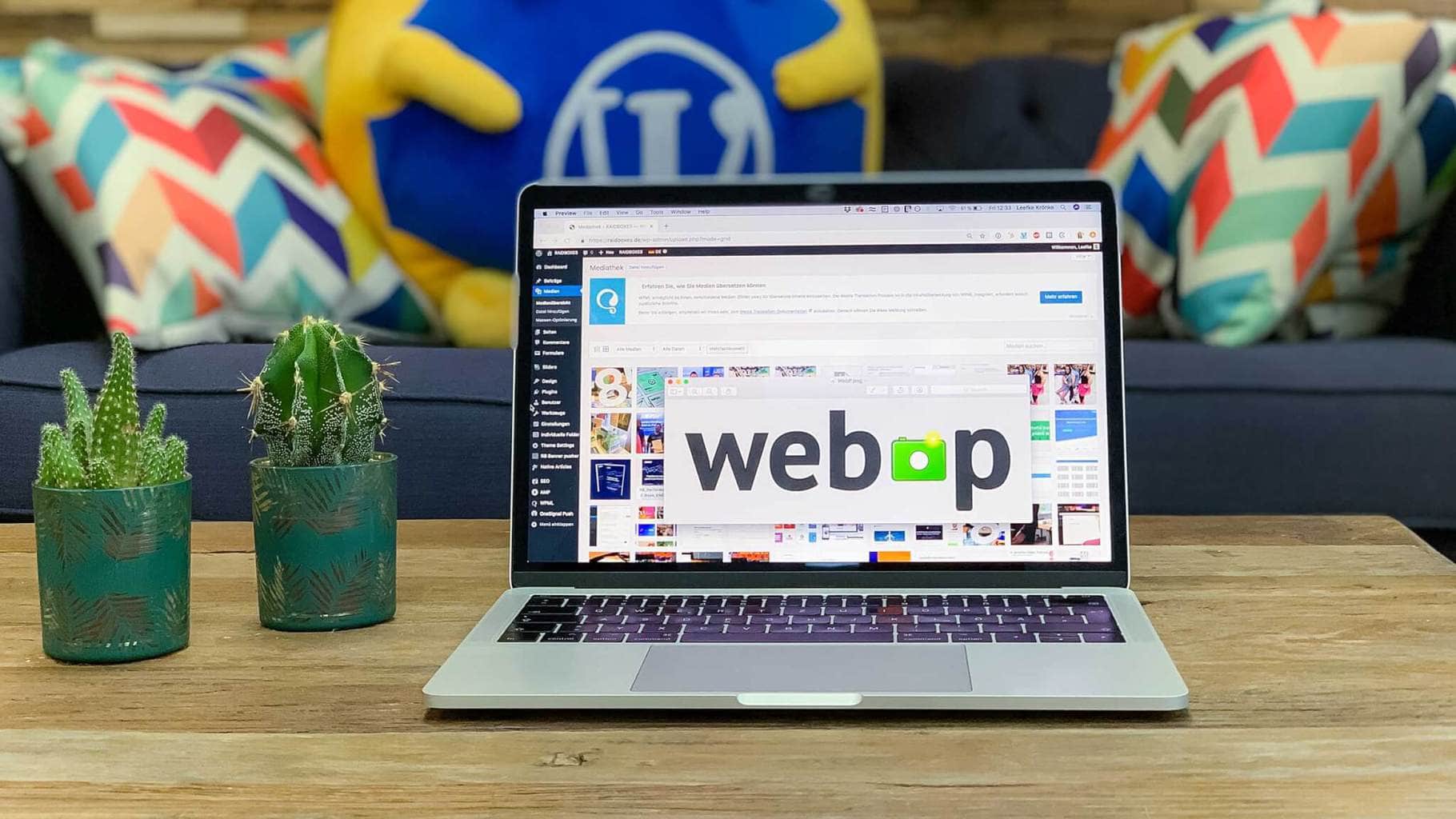 Many WordPress users are interested in the WebP image format because it combines the advantages of JPG and PNG. At the same time, however, it does not replace the two common image formats. For WordPress users who use many images, however, WebP should be particularly useful. We explain why in this article.

In today's world, it is increasingly important to make the user experience of your target group as pleasant and easy as possible. People are visual and can often absorb information they see faster and better. A quick glance at a billboard, scrolling through a homepage before the bus arrives in five minutes. We all know these situations.

Since images usually account for over half of a website's storage space, there is a lot of optimization potential here.

Now a few more facts about WebP before moving on to the topics.

Differences compared to PNG and JPG

A WebP image is up to approx. 25-30 percent smaller than a PNG, without loss of quality. At the same time, backgrounds can still be transparent. This only varies between the image itself, image depth, details, colour space, etc. Due to the small file size, the WebP format brings a clear advantage in terms of performance.

Based on the two images, it can be said that the WebP image is 30.1 percent smaller than the PNG version. I have chosen the lossless method here and deliberately set the quality slider to 80 percent. The remaining 20 of 100 percent can hardly ever be seen, so 80 percent is perfectly sufficient for online applications.

Disadvantages of the PNG format

PNG are not suitable for photographers because they create a considerably larger image file. The PNG format is mostly used for screenshots because PCs save images as PNG. Why? - Because screenshots are often a mix of images and text.

PNG is used, for example, for images that require a transparent background. This makes the format very versatile and popular in graphic design, where many elements often come together.

PNG is available in the formats PNG 8 and PNG 24. PNG 8 uses a colour depth of 8 bits and a maximum of 256 colours. PNG 24 uses a 24-bit colour depth with up to 16.7 million colours. Thus PNG 24 is comparable to the JPEG format. So let's continue with the JPG format:

In direct comparison with JPG, the WebP image is about 25 to 35 % smaller - despite the same quality of the image. There is nothing to say here between the two candidates JPG and WebP - WebP is simply the better choice.

On the basis of the two images, it can be said that the WebP image is 24.7 % smaller than the JPG version. For the JPG version I have set the quality to "High".

The JPG format is suitable if you can live with quality losses and if sharpness and details are not important. The format is often used for colour-rich images, as the composition of JPG allows many colours and gradations to be represented.

Asmall note: How images ultimately look on your screen depends on many factors: for example, the screen resolution (HD, QHD, UHD/4K, 8K, etc.), the screen settings such as sRGB, Adobe RGB, the respective display mode of your monitors and the end device with which you view the images. In the last few days, I myself had the problem that my images looked different on my screen and on the website.

This is where it gets a little complicated. WebP is based on the lossy video compression algorithm VP8, with a compression of up to 24 bits and a maximum size of 16,383 x 16,383 pixels. It therefore always has a colour depth of 24 bits, just like the JPG. The colour depth of PNG ranges from 8 to 48 bits, whereby the latter makes little sense due to the large file size,

As VP8 bitstream, the lossless generation of WebP images only works with the 8 bit image format - also known as YUV420 image format.

The YUV420 format broken down: Let us first look at how a monitor displays an image by default: Each colour can be represented by three colours (the so-called RGB model), i.e. red, green and blue.

The human eye is very sensitive when it comes to brightness, but less sensitive to colors and their gradations. Thus, the term YUV is composed of Y = luminance (brightness) and U and V mean chrominance (color). YUV is therefore like RGB, with which a color is represented.

But why do we need it anyway?

Because the file size is important here. In the RGB model we have to use 3 bytes (24 bits) to store one colour. Whereas with YUV, the size is halved because of the way it is calculated and then stored. It's complicated, but I think at this point the information is sufficient and brings some clarity.

The statistics show which browser is most used by which "end device" such as PC, tablet or smartphone. Since WebP is not supported by all browsers, you should keep an eye on this.

Of course, you can see that "mobile devices" are more in focus, which also explains why better support for WebP is provided for the smartphone. Therefore, take a look at your user statistics and see from which browser and device you receive the most visitors.

The following list shows which browser versions on which end devices can already enjoy WebP.

I could not currently find WebP support for other browsers and devices.

Requirements of WebP in WordPress

None so far, but... Unfortunately, the bad news is that WordPress does not currently support WebP images on its own. Therefore, we now come to the next point.

Ways to include WebP in WordPress:

Unfortunately, WebP is only supported by the paid version of Optimus. By the way, since Raidboxes already has integrated server-side caching, you do not need a "Cache Enabler" plugin, as recommended here by Optimus.

In ShortPixel you can check the box as you can see above. But before that, I would reset all the images you have to the original and then optimize them all at once with the Plugin . Then you should also see at the same time that you have different file types of your images.

Some host have deliberately blocked the ability to change anything in the .htaccess file for security reasons. If you are hosting on an Apache server, you can make the following adjustment:

And on a Nginx:

By the way, Raidboxes already supports this rewrite rule by default.

Where can I find her?

The file can be found on the web server on which WordPress was installed. The root directory is the main directory where the domain is located at the web host. If you cannot see it, you must set the "remote file mask" to -la so that you can also see hidden files. Of course, this assumes that you have access rights or even host yourself and use an FTP programme like FileZilla.

There is a third - and somewhat complicated - possibility to add something in the function.php file of your WordPress theme so that you can upload images in WebP format by default. You can read how this works in this article.

For whom is WebP suitable?

In principle, WebP is useful for every site. Of course, the format is particularly suitable for websites with many images. For example, for photographers who want to keep their image quality as high as possible, but still attach great importance to a fast loading time. But other WordPress users such as creatives or those who have something to show in pictorial form should also do everything they can to make the user experience of their potential customers and fans as pleasant as possible.

Conclusion on WebP and WordPress

Unfortunately, WebP is not yet commonplace like JPG and PNG, but it will certainly become more and more important in the future. After all, WebP can improve the performance of your siteand thus the user experience and the satisfaction of your target group.

plugin: Yes or No?

There are excellent plug-ins that do the WebP support work for you and also optimise your images. Personally, I used pluginOptimus for this. Otherwise, it would certainly be worth considering including it in the siteas code, especially since you would then save an extra plugin. But all in all, you are well advised to use pluginfor this purpose.

I hope you enjoyed the article and I look forward to hearing what you think!

Your questions about WebP and WordPress

What questions do you have for Stefan? Feel free to use the comment function. You want to be informed about new postson the topic of online marketing? Then follow us on Twitter, Facebook, LinkedIn or via our Newsletter. 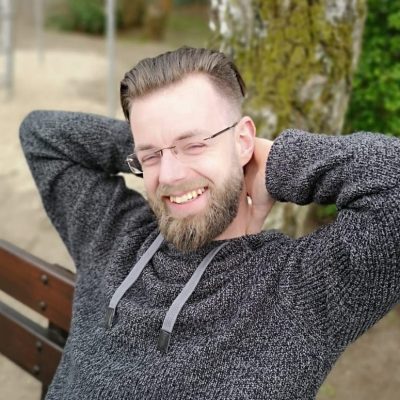 Stefan is a budding blogger with his website aspiring-artist.com. He blogs about art, realises WordPress sitesfor other aspiring artists and acts as a consultant. Because artists also need an individual website and a meaningful logo and branding. - Aspire To Greatness

5 Comments on "WebP and WordPress = improved load time and performance?"