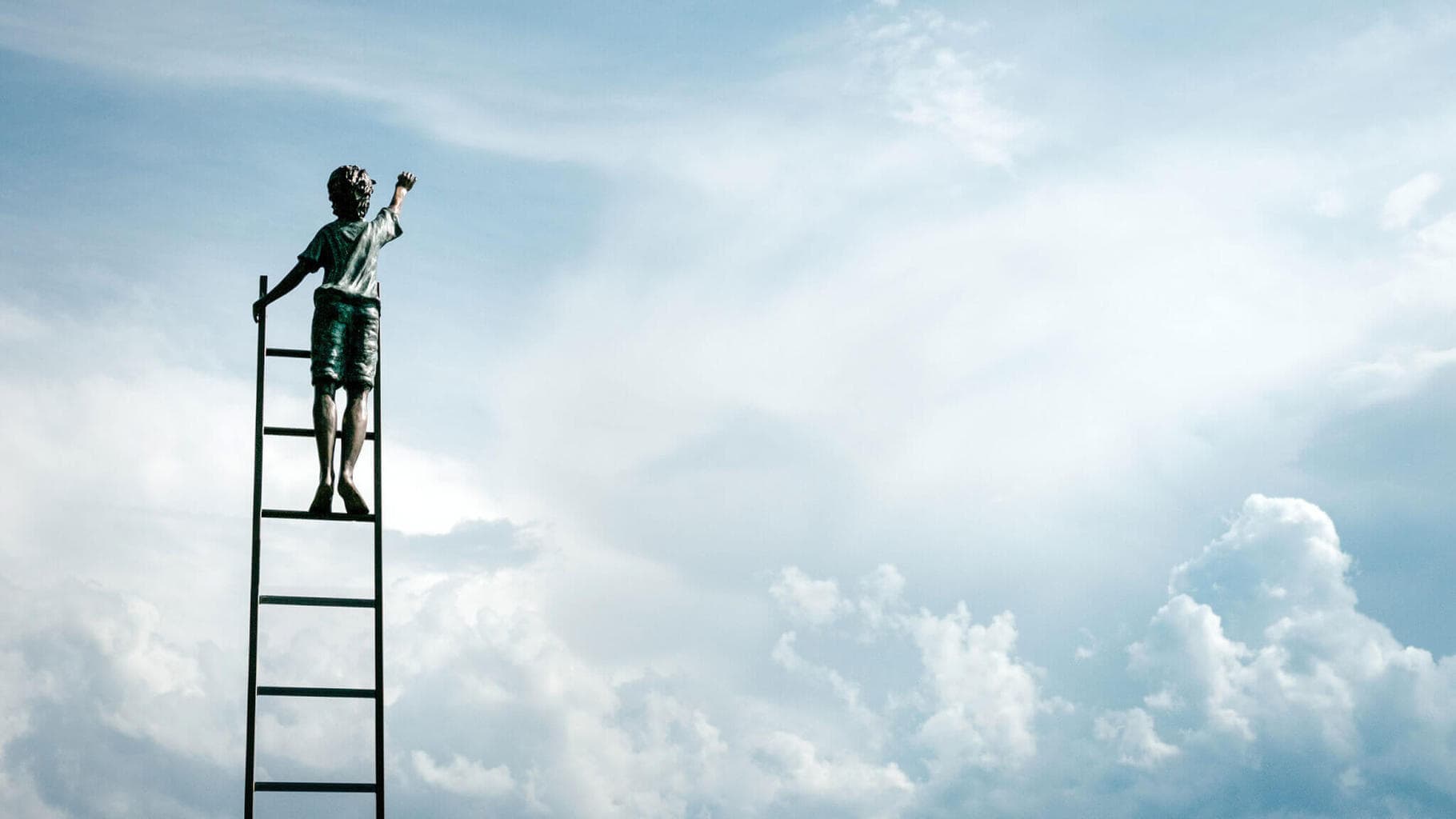 What is WordPress? - A story about crises, ideals & global market leadership

What is WordPress actually? Short and sweet: A worldwide popular Content Management System (CMS), with which great websites can be built and managed. A full 34.5 percent of the Internet now runs on WordPress . In this article, we answer the question of what makes WordPress so special and explain how this digital revolution came about.

What is WordPress? – Your Universal Software

When asked what WordPress is, WP professionals quickly have the answer: a CMS. To people who don't know what the term "CMS" means, one then explains: "A content management system (software) with which you can create and edit content such as images and texts – all by yourself". Especially in German-speaking countries, the question "What is WordPress?" is often followed by the answer "a blog software".

You can do anything with WordPress me

Today,WordPress is much more than just software. Because this much should be said beforehand: With WordPress you can implement almost any digital project today. That was not always the case. All beginnings are hard, but both the ups and the downs have made WordPress the undisputed market leader among content management systems.

WordPress: From the crisis to the no. 1 blog software

In 2003, the Internet world was in crisis. The recent dot-com crash was just over and new ways to make the Internet usable were being sought. At that time, a young Frenchman developed a software called b2/cafelog. One of the users of the software was Matt Mullenweg.

Born out of necessity and saved by open source

But suddenly the developer of b2/cafelog disappeared without a trace and gave no sign of life for several months.

My logging software hasn't been updated for months, and the main developer has disappeared, and I can only hope that he's okay. […[…] Fortunately, b2/cafelog is GPL, which means that I could use the existing codebase to create a fork (new version)... Someday, right?" - Matt Mullenweg, 2003

Fortunately, the software was freely available (open source) at the time, so Mullenweg and his friend Mike Little grabbed it and developed it further. The basic idea of free software remained and the vision of "Democratize Publishing" took shape.

WordPress is called "Opportunities on the Internet for Everyone".

"Democratize Publishing" still means that not only big media companies can be "publishers", but anyone. Anyone can publish with WordPress :

The basic idea that the basic technology of the Internet should be available to everyone has remained intact to this day.

WordPress is "Open-Source" - This brought the breakthrough

Of course, Mullenweg was not alone with his software even then. There was already a larger competitor, which developed a blogging software under license with a professional team. Blog software was also being developed in the open source sector.

However, when the commercial software suddenly raised its pricesthe rush to WordPress was so great that even the website collapsed. All under the premise that WordPress remains free software.

Instead of butting heads with the open source competition, Mullenweg was able to convince his "colleagues" to collaborate on WordPress . That brought the breakthrough.

What is WordPress? – From blog software to a gigantic community

Even the greatest ideals need money to survive. Since the US media company CNET wanted to use WordPress at that time and thus had a great interest in its further development, they hired Matt Mullenwegto work full time on WordPress .

WordPress is also with-profit, which was the fuel for the ecosystem

Big obstacles at that time were installing WordPress on a server and spam in comments. At some point you had to realize that with a small team of volunteer supporters (these are called "contributors" in the WP community) you reach your limits. That's when it became obvious to solve the problem with your own company and Automattic was born.

In this article we explain in which areas you can contribute to the WordPress project and become a WP contributor (and that without any programming knowledge!).

The difference between WordPress.com and WordPress.org

As a product of his company Automattic, which was founded in August 2005, Mullenweg created the platform WordPress .com. As a commercial, hosted platform, this is not to be confused with the open-source project WordPress .org. True to the motto "Internet for everyone" is WordPress .com easier to use for beginners, since you don't have to worry about hosting and much is predefined.

Although Mullenweg had created WordPress .com had created a commercial WP product, it remained WordPress .org continued to be freely available and was developed significantly within the WordPress Foundation. The community also began to network locally with the first WordCamp 2006 in San Francisco. In the meantime there are alone 56 local meetings in Germany alone, where users network with each other.

WordPress.org becomes the "operating system of the Internet

Driven by the community, WordPress is constantly evolving. Already in 2005(!) besides numerous improvements like the "what-you-see-is-what-you-get" (WYSIWYG) editor and design templates (Themes) also sites and Custom Post Types have been introduced. So the days when WordPress was just a blog system have been over for 13 years.

WordPress.org and its free "App Store"

In 2005 the official Plugin directory was introduced. From then on, WordPress could be extended with functionalities in a simple system with Plugins .

Just like with the iPhone and its apps, this enabled an immense development of the system. Mostly there is a free version of one plugins that can be used with additional functions for which a fee is charged.

Thus there are meanwhile numerous small to medium sized enterprises, which WordPress with great themes and plugins to an Eldorado for web page operators makes.

This is exactly why WordPress will stay with us for a long time. The so-called network effects drive WordPress from 2011 to 2016 from 13 to 27 percent. Joomla has 2(!) percent market share here. The principle is simple:

WordPress.org is the "Swiss Army Knife of the Internet"

Meanwhile, WordPress offers you unlimited possibilities and a huge community. Version 4.8 has been downloaded by 60 million users. Meanwhile there are 55.000 functionalities (Plugins), which can be installed with two clicks. On the marketplace ThemeForest can 11,000 design templates (Themes) can be bought or at least 6.000 Themes can simply be selected in WordPress .

What is it WordPress and how do I use it?

I hope I could show you that WordPress is more than just a normal tool. Understandably, you still want to know how to make WordPress work for you. Here is the answer:

WordPress .org is a free software that only hosting and gives you a lot of freedom. To see for yourself, you are welcome to try out WordPress free of charge and without obligation:

WordPress.com is software for non-technical

As described above WordPress .com already implemented WordPress in a very simple way. So simple that it is more like a website construction kit instead of a content management system. Ideal for beginners and technology laymen who only need a website or blog.

WordPress as an allrounder: WooCommerce turns your site into an online shop

WooCommerce is a popular shop system based on WordPress . Among the TOP 1 million websites, it is the most used e-commerce solution even before Shopify. Through WooCommerce several thousand products can be sold with unlimited turnover.

For more information, check out our article on the pros and cons of WooCommerce or download our e-book for WooCommerce professionals.

WordPress with BuddyPress is a social media solution

With the Plugin BuddyPress entire intranet solutions can be built, e.g. at the TU Munich, analogous to Facebook. BuddyPress is just like WooCommerce integrated in many Themes on the Theme marketplace. ThemeForest integrated.

WordPress is exactly what you want

In the end, WordPress is exactly what you think of as a digital solution. The mentioned 55.000 extensions (Plugins) can not only be installed on WordPress .org or within WordPress , but also on Codecanyon can be bought.

With the huge community, there's already a template for your exact project or idea that you can build on. And if a Plugin or a template doesn't offer exactly what you have in mind, you simply hire a web developer or a web designer.

WordPress is not for everyone

Last but not least a warning. WordPress is intuitive, but it still requires some training. Especially if you want to individualize a lot, you often can't get past a web designer. In any case, you should count on 40 hours for a final website. You can also do the wallpapering yourself. Nevertheless, it is often less stressful and the result is better if you hire a painter.

Therefore, our recommendation for small and medium-sized businesses is to have WordPress created and customized by a web designer according to individual wishes. After that you can enjoy the intuitive operation.

The Internet is extremely fast moving. New technologies come and go. The only thing that contributes to consistency is network effects, as described above. Besides the Open Source idea, the network of WordPress help to ensure that WordPress will exist for a long time to come.

Gutenberg as a stress test

In the next major WordPress release, WordPress is changing its user interface for editing content. The new Gutenberg-Editor uses Javascript as modern technology and brings WordPress into the drag & drop age.

Especially with this technological change, WordPress can prove how flexibly the community can react to technical innovations. We are very confident that this will succeed and will continue to contribute with Raidboxes further contribute to WordPress users being able to concentrate on their real passion.

WordPress will crack the 50 percent

At the same time, we are convinced that WordPress will crack the 50 percent mark on the web. The "WordPress Super-Loop" and the great community will contribute to more than half of the web being open source. For us this is a very desirable world, as true to our mission of "more freedom for creatives", it will achieve just that. 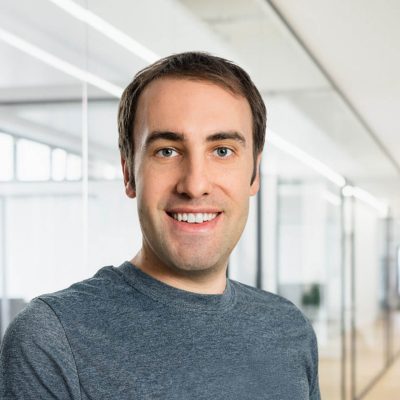